If you want to generate more leads for your franchise, here are the best strategies to utilize:

Targeted Marketing Based On Interest Level

Without targeted marketing personalization, there will be a great deal of downturn in the overall productivity of franchise opportunities. While it may take longer for companies to identify their target demographic, the end result will be more lucrative than previously anticipated. END_OF_DOCUMENT_TOKEN_TO_BE_REPLACED

Social media is one of the best ways for franchisees to market themselves. While social media is a very powerful option for connecting with customers, plenty of franchisors have concerns related to platforms like Facebook and Twitter. Given the immediate and widespread nature of social media, these concerns are completely valid.

Fortunately, there is a way for franchises to fully harness the power of social media and simultaneously protect their brand. The key to striking this balance is to create a social media policy for franchisees. Here are some of the most important elements to keep in mind as you work on creating this policy:

END_OF_DOCUMENT_TOKEN_TO_BE_REPLACED

It wasn’t that long ago when many franchises were at least a little skeptical about whether or not social media could do anything tangible for their bottom line. However, thanks to the explosion in social media usage across B2B and B2C demographics, franchise social media has become a standard marketing strategy for most organizations. END_OF_DOCUMENT_TOKEN_TO_BE_REPLACED

Most franchisees are already aware that they need a strong marketing message. However, there’s often a significant disconnect between crafting the right message and having an audience to deliver it to. The reality of the franchise industry is very few sales happen by accident. Instead, the types of franchisors that are able to consistently sell new franchises do so by having a clear marketing plan that’s carefully crafted to attract a specific type of prospect. END_OF_DOCUMENT_TOKEN_TO_BE_REPLACED

While franchises can be found in just about any industry, they all share some common traits. One trait that all franchisees share is the need to bring in new customers on a regular basis. A big obstacle for many franchises and other types of businesses is creating a strategy for consistently bringing in new leads. Since franchise lead generation can be a definite challenge, we want to focus on an approach that can work very well.

END_OF_DOCUMENT_TOKEN_TO_BE_REPLACED

At the start of this year, analysts found that there were 2.8 billion active social media users around the globe. To put that number in perspective, 2.8 billion was the entire population of the world in 1955. This figure marks a global penetration of thirty-seven percent. What may come as an even bigger surprise is social media grew by twenty-two percent last year.

Based on those figures, it’s safe to say that just about anyone your business may want to reach is on social media. Of the billions of active social media users, 28% are on just one platform and another 24% are on two platforms. Active users of three platforms drop to 16%, then 8% for four platforms and only 4% for five. What those percentages show is when people find a platform they like, they’re going to stick with it. This is the first big lesson for franchisees that want to utilize social media marketing. You need a clear idea of exactly who you’re trying to reach so you can find the one or two platforms where most of those individuals are spending their time online.

Getting Your Audience’s Attention

When Facebook made a big change to their algorithm a few years ago, they explained that anytime someone visited their News Feed, there were over 1,500 possible stories that Facebook could show. Since then, the rate at which social media content is produced has only continued to grow. While social media usage (especially on mobile devices) has also continued to increase, competition for attention is fierce. Because major media publications and businesses of all sizes want to get their content in front of people on social media, identifying exactly who you want to reach and how to get their attention is an essential component of a successful franchise social media marketing strategy.

From Social Media to Customers

Once you have the attention of your target audience on social media, you’ll want to provide them with consistent value in the form of great content. By delivering value, you’ll establish a trusted relationship with your audience. Having this level of trust will then allow you to make compelling offers that successfully convert a meaningful percentage of your audience into customers.

How to Get An “Unfair” Advantage

Even though we only skimmed the surface of social media marketing, it’s clear that developing and executing an effective strategy requires a lot of work. If you know that you want to utilize social media to market your franchise but aren’t sure where to start, take a look at how expert franchise marketing services from Web Strategy Plus can put your organization on a path to online success. 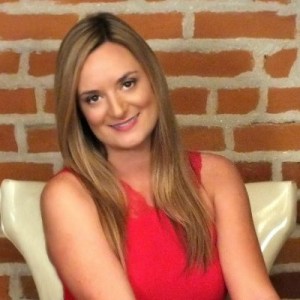 Michelle has been a franchise advisor for 15+ years. She also holds a valuable Internet Marketing Degree – however, with the ever-changing world of web marketing she strives to learn something new every day. Michelle can help you develop marketing, sales, and lead generation strategies that produce real results.

Michelle Hummel is CEO of Web Strategy Plus a full-service digital marketing agency focused on Franchise Marketing. She was recently nominated for the Woman-Owned Business of the Year! She’s a passionate Social Media Trainer with 15+ years of successful online business development, sales, and marketing experience.

She travels Nationwide visiting her 22 Social Media Enthusiasts Chapters she developed Nationwide delivering in-depth social media training. She also provides Social Media Certifications through founding Web Media University. A current contributing editor to The Franchise Dictionary Magazine and she has written 3 books in her series called, “The Social Media Magnet: Everything You Need to Know to Attract Customers with Social Media”, where she shares her best-kept secrets to success. She also specializes in helping Franchisors and Franchisees develop an integrated web marketing program to drive leads. She’s available for interviews via email, telephone, Skype video, news segments on location, and more. Just let her know how she can help!

One of the reasons that franchise marketing can be such a challenge is because it requires a somewhat different approach from marketing other organizations. While this type of marketing can present challenges, that doesn’t mean it has to be an uphill battle. As long as you know what works best and have a clear plan to follow, you can make your marketing efforts successful.

Since knowing where to focus and how to stay on the right track with marketing are some of the biggest challenges for franchises, we want to dive right into a handful of proven tips:

END_OF_DOCUMENT_TOKEN_TO_BE_REPLACED

Want To Learn How Personal Branding With Social Media Can Help Attract More Leads To Your Business?

This training will address how to market yourself online professionally as a Business Owner. Many people Google your name as the CEO and depending on what they find – may or may not choose to work with you. We will dive into best practices for LinkedIn, Twitter, Facebook etc.

If you are a: Consultant, Author, Coach, Agent, Advisor, Job Seeker, CEO, Entrepreneur, Small Business Owner or Speaker then this training session is a must attend!

What does it take to create a positive personal brand? You are the CEO of your own brand, it’s up to you to make or break your image. We will show examples of those who do it well. We will help you choose three positive brand words and teach you how to implement them to define your brand. If you believe in yourself, others will too.

So bring yourself, a friend, business cards and your think tank to this fun and engaging learning session. We will be giving away many Door Prizes.